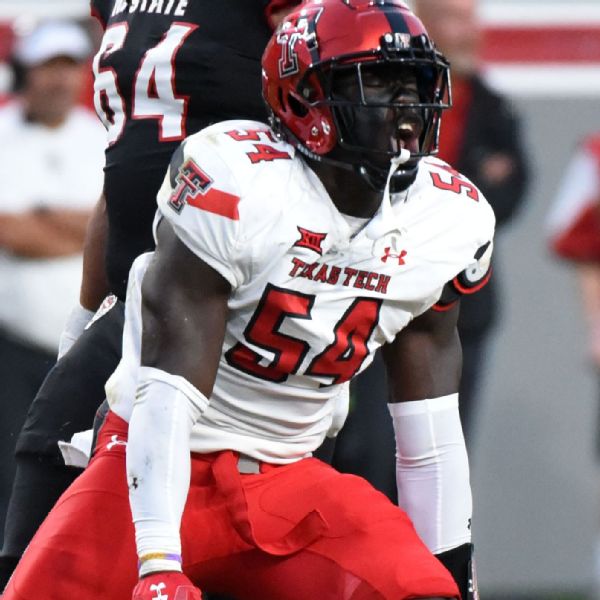 RALEIGH, N.C. — Texas Tech linebacker Bryce Ramirez had a second surgery on his broken left leg Monday and will remain hospitalized a few more days after sustaining the gruesome injury in a game against North Carolina State.

The school said Ramirez was expected to return to the Lubbock campus from Raleigh late this week. Texas Tech is paying the family’s expenses related to the injury in accordance with NCAA rules.

Ramirez fractured his lower left leg Saturday night in the first half of the 27-14 loss when the fourth-year junior tackled Wolfpack running back Jordan Houston. The pile rolled over Ramirez’s leg, which was planted in the turf. The leg bent below the knee and was twisted abnormally as he laid on the grass.

Trainers covered the leg with a towel when they began treating him, and ESPN chose to not show a replay of the injury. The game was stopped for roughly 10 minutes before Ramirez was put on a motorized cart and transported to a hospital.

Ramirez was one of four Texas Tech players awarded scholarships before the season after appearing mostly on special teams in his first action as a redshirt sophomore last year. He played high school football in the Houston area.

In a tweet from his personal account Monday, Ramirez thanked Texas Tech and N.C. State supporters and wrote that he was “on the road to recovery.”

“I also want to thank Wolf Pack Nation as well for treating me like one of their own,” Ramirez wrote. “The support has been unbelievable!”

Wed Sep 21 , 2022
The run game sets the tone for the top three quarterbacks in Week 3. Josh Allen looks to be in machine-like mode, while Jalen Hurts and Lamar Jackson are trending forward with road matchups. The fantasy world broke up with Justin Fields this week, but his matchup points to much […]