Phil Mickelson has opened up about his “reckless and embarrassing” gambling habits, which he says he has kicked.

As The Post’s Mark Cannizzaro first reported, Mickelson signed up to play in the Saudi-backed LIV Golf series, which launches this week in a tournament outside London. The deal is worth $200 million, according to Golf Channel.

Mickelson did an interview with Sports Illustrated’s Bob Harig, who asked him if he made this move due to “financial difficulties.”

“My gambling got to a point of being reckless and embarrassing. I had to address it. And I’ve been addressing it for a number of years. And for hundreds of hours of therapy. I feel good where I’m at there. My family and I are and have been financially secure for some time,” Mickelson answered. 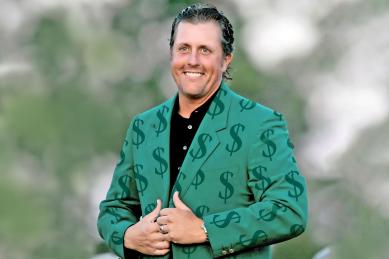 Phil Mickelson, PGA Tour both proving they’ve always been about the money

“Gambling has been part of my life ever since I can remember. But about a decade ago is when I would say it became reckless. It’s embarrassing. I don’t like that people know. The fact is I’ve been dealing with it for some time. Amy has been very supportive of it and with me and the process. We’re at a place after many years where I feel comfortable with where that is. It isn’t a threat to me or my financial security. It was just a number of poor decisions.’’

Harig followed up with Mickelson, asking him if this means he’s stopped gambling on golf practice rounds. In a roundabout way, Mickelson answered that he has not.

“On the golf course, it’s creating competition,” Mickelson said. “But it’s the anxiety, the other things that come across with gambling off the course and addiction off the course that I really needed to address.’’

Mickelson’s biographer, Alan Shipnuck, reported that the golfer lost a staggering $40 million in a four-year stretch between 2010 and 2014.