On Wednesday ahead of this week’s Travelers Championship, PGA Tour commissioner Jay Monahan for the first time pushed back against the Greg Norman-led LIV Golf series, talking tough, denouncing the Saudi-backed series as a “foreign monarchy that is spending billions of dollars in an attempt to buy the game of golf.’’

“We welcome good healthy competition,’’ Monahan went on, “but the LIV Saudi golf league is not that. It’s an irrational threat that’s not concerned with a return on investment or true growth of the game.’’

Along with those fighting words, Monahan also revealed a revamped schedule that caters to the tour’s elite with more lucrative purses after a 90-minute meeting he had with players on Tuesday.

This is all an effort by the PGA Tour to fight back against the threat it sees LIV Golf as with more players defecting to LIV every other day, it seems.

Not coincidentally, just as Monahan began addressing reporters at TPC River Highlands shortly after 1 p.m. Wednesday, in an effort to upstage the PGA Tour commissioner, LIV released the news (albeit that everybody already knew) that Brooks Koekpa has signed on to play its tour. 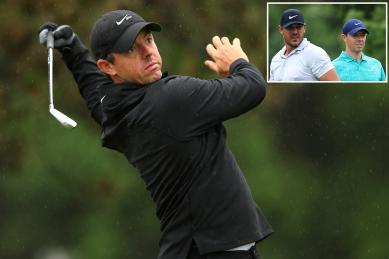 Also added is a creation of a three-event international series in the fall of 2024 with limited fields, no cuts and big purses to reward top players.

There, too, will be a new FedExCup playoff structure that will have the top 70 in points standings qualify for playoffs, the top 50 advancing to the BMW and top 30 advancing to Tour Championship.

“We don’t expect to overcome this current challenge by relying on our legacy and track record alone,’’ Monahan said. “We’ve been on a path for a number of years to strengthen and evolve our product for the benefit of our fans and players alike. Those plans are obviously accelerated in light of the current environment and we have some exciting developments coming out of [Tuesday’s] policy board meeting that will further secure our status as the preeminent golf tour in the world.’’

Monahan was particularly careful with his words not to suggest any potential collusion between the PGA Tour and the governing bodies of the major championships.

It seems that the Masters, British Open, U.S. Open and PGA Championship aligning themselves with the PGA Tour and it’s banning of players who’ve defected to LIV Golf is Monahan’s only true lifeline here.

The players who’ve gone to LIV have all consulted their legal teams and feel confident that they won’t be banned from playing the majors.

The U.S. Open last week opted to allow the LIV players to compete. On Wednesday, the Royal & Ancient officials, the governing body for the British Open, announced that it will not ban LIV players from competing in the Open in three weeks at St. Andrews.

Both the USGA and R&A, however, left open the possibility of that stance changing in the future. To date, we have not heard anything from the Masters or PGA of America officials.

“Each organization operates independently, and whether the USGA and the R & A, they’re going to make decisions that are in their best interests,’’ Monahan said. “We have a long history of working closely with those organizations, but again, I would stress the fact that we’re independent. 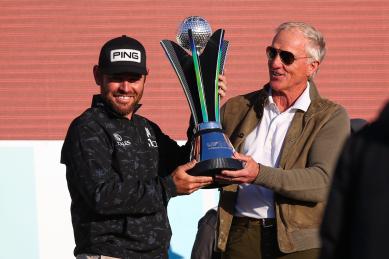 “So to me, they have made a decision about their 2022 championships. How they’re going to continue to look at this current situation, the current environment, that’s up to them.’’

When Monahan was asked if, in retrospect, he underestimated the impact of the LIV Golf series, which has poached stars such as Koepka, Phil Mickelson, Bryson DeChambeau, Dustin Johnson and Patrick Reed, the commissioner said, “I don’t believe so. I’ve taken it very seriously from the outset. So, I wouldn’t … I wouldn’t suggest that I’ve underestimated it at all.’’

Asked if he can ever see a scenario down the road when the PGA Tour would work with LIV Golf in a global structure, Monahan wouldn’t go there.

“Hypotheticals,’’ he said. “A hundred percent of my focus is on our Tour and doing the things that we need to do to grow our Tour to celebrate our members and to continue to be the ultimate platform for the best players in the world, the place that they want to come to compete, to prepare for the greatest championships in our game, the best competing against the best at historic venues with tradition, with tournaments and traditions with meaning and purpose and significance, with moments everybody can recall, every player out here trying to create the moments that have proceeded those tournaments themselves.